The collection of Shirley and Leonard "Buddy" Goldstein documents the work of Shirley Goldstein as she became an activist on behalf of Soviet Jewish dissidents (known as refuseniks) to help them leave the USSR for Israel and the U.S. In the 1970s, Shirley Goldstein made several trips to the Soviet Union where she met with dissidents and witnessed firsthand the oppression of Soviet Jews. Goldstein smuggled in products the dissidents could sell until she came under scrutiny of Soviet authorities and was denied visas to visit. In 1973, Shirley Goldstein and her friend, Miriam Simon, founded the Omaha Committee for Soviet Jewry, which sponsored the program, Freedom for Soviet Jews. Together, Shirley with her husband Leonard worked tirelessly for the resettlement of over 100 Jewish families in Nebraska.

In addition to the human rights work of the Goldsteins, the collection also has material about Shirley's parents Ben and Selma Gershun, Shirley's childhood in Council Bluffs, and the Goldsteins' children and family life. Shirley and Leonard were married during World War II and the collection holds their extensive correspondence and Leonard's photo albums from his service in the U.S. Army Air Corps in the Pacific theater. 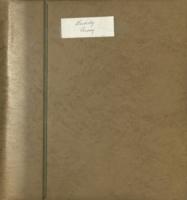 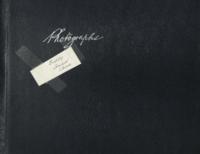